An important new book, “Dead Men Ruling,” by the Urban Institute’s C. Eugene Steuerle, has just been published.  Here is the flavor of its message: 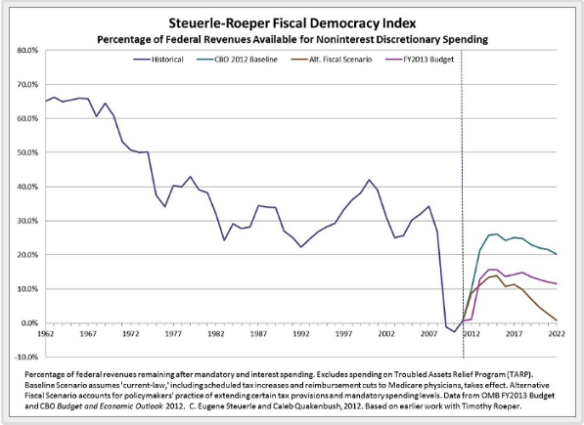 “Dead and retired policymakers have put America on a budget path in which spending will grow faster than any conceivable growth in revenues. … The same policy makers also cut taxes so much below spending that they created huge deficits, which have now compounded the problem with additional debt.”
“Both sides have largely achieved their central policy goals – liberals have expanded social welfare programs, conservatives have delivered lower taxes.  Both now cling tenaciously to their victories.”
In short, “our central problem is the loss of fiscal freedom.” There are “four deadly economic consequences of this disease:

In addition there are “three deadly political consequences:

In other words the U.S. is in a very difficult predicament.  Mr. Steuerle thinks it will take a major “fiscal turning point” to escape from the present danger.  Both sides will have to make big concessions in order for us to get out of this jam.  But how is this possibly ever going to happen?  More next time!

2 thoughts on “The Government We Deserve”