“It is important and right that all privileges of the law be ours, but it is vastly more important that we be prepared for the exercise of these privileges.”
Booker T. Washington, 1856 – 1915

My last two posts have discussed the theme of a new book by Dennis Prager, “Still the Best Hope: why the world needs American values to triumph.” Mr. Prager’s thesis is that there are three competing ideologies for the allegiance of humankind, namely Islamism, Leftism and Americanism and, furthermore, that these three ideologies are incompatible.  Any one of them succeeds at the expense of the other two.
As I said on March 8, Mr. Prager’s broad framework helps me place my own ideological views into perspective.  Here is one example of this. As everyone knows, 2015 is the 50th anniversary of the March from Selma to Montgomery.  But it is also the 50th anniversary of Daniel Patrick Moynihan’s report “The Negro Family: The Case for National Action.”  Nicholas Kristof’s Op-Ed in today’s New York Times, “When Liberals Blew It” reminds us how prescient Moynihan was about a breakdown in family structure and how reviled he was by liberals when he issued his report.  Mr. Kristof points out that: 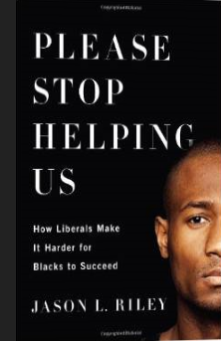 A column by the black author, Jason Riley, in yesterday’s Wall Street Journal, “Drawing the Wrong Lessons from Selma about America today,” points out that the main problem for blacks today is not racial discrimination but rather:

In other words, more and more spending on welfare and public services is not what blacks need for further advancement.  Rather it is to stop thinking of themselves as victims and to develop a greater sense of personal responsibility.  This is the American way to get ahead!

2 thoughts on “When Liberals Blew It”