A tentative budget deal has just been reached by Congress and the President to 1) suspend the debt limit until March 2017, and 2) loosen the budget sequester caps by $112 billion over the next two years.  $80 billion of the increased spending will be balanced by spending cuts elsewhere in the budget with details to be worked out later by various appropriations committees.  Specifically:

The problem is that such a deal essentially just maintains the budget status-quo. It does nothing to begin shrinking annual deficits in order to put our accumulated national debt on a downward path as a percentage of GDP.  Our current debt of 74% of GDP is very high by historical standards and simply must be brought down significantly in the near term. 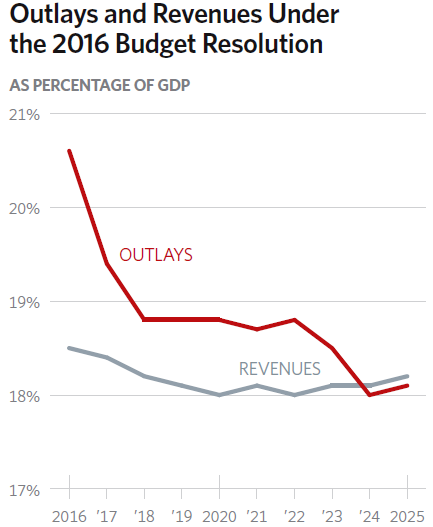 As I explained in my last post, Congressional Republicans, with majorities in both the House and the Senate, should be able to apply much more leverage than was used in the deal just reached, as follows:

It’s time for fiscal conservatives to stand up and be counted!