My last three posts have discussed the long term damage that will be caused by excessive spending in the recently passed 2016 federal budget and what should be done about it. 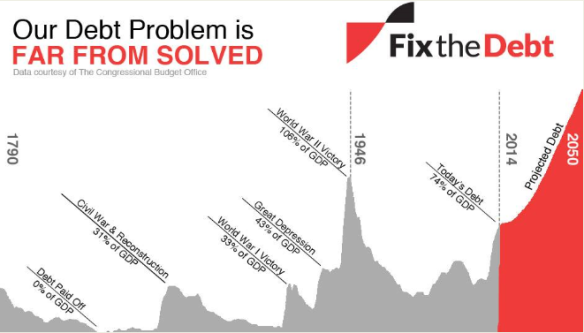 There is at least one way to force Congress to act in a responsible manner, namely, by putting into effect a Balanced Budget Amendment to the Constitution.  Here is a brief history of recent efforts to do exactly this:

Fiscal responsibility does not require the budget to be exactly balanced each year. In fact, temporary deficits can be useful as a stimulus in time of recession.  However, deficit spending has gotten so far out of control in recent years that Congress must be forced to modify its behavior.