As I have stated over and over again on this blog, It Does Not Add Up, my greatest concern for our country is the lack of fiscal responsibility amongst our national leaders.  The public debt (on which we pay interest) is $13 trillion, which is 74% of GDP.  This is way too high for peacetime and, furthermore, it is very likely to just keep getting worse until serious steps are taken to shrink it (as a percentage of GDP). 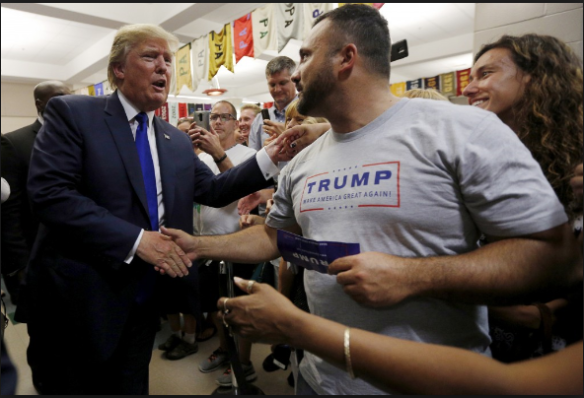 It is my opinion that the Republicans are more serious than the Democrats about fixing this problem.  Therefore I want the Republicans to nominate a presidential candidate who has a good chance of being elected in November.  I don’t know if Donald Trump is that candidate but he is attracting a whole new group of people to the Republican cause.  They are working class whites who have fallen away from the Democratic Party.
Republicans can reach these voters, as Trump is doing, with suitable policies such as:

Conclusion. Donald Trump has lots of negatives as a presidential candidate but Republicans can, and hopefully will, learn a lot from his very successful campaign so far.