As readers of this blog will recognize, most of the time I write about what I consider to be America’s two major fiscal and economic problems at the present time: the slow growth of our economy (only 2.1% per year for the past seven years) and our massive and rapidly growing national debt (the public debt, on which we pay interest, is now 74% of GDP, highest since the end of WWII).
Every once in a while, I step back and take a broader view.  For example, last summer I reported on a new book by James Piereson, “Shattered Consensus: the Rise and Decline of America’s Postwar Political Order” which makes a strong case that only a new revolution, the fourth in our history, will suffice to turn our troubling fiscal and economic situation around. 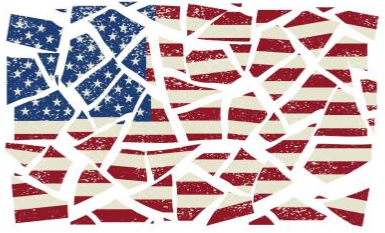 Today I report on a book by Yuval Levin, of the Ethics and Public Policy Center, “The Fractured Republic,” which sees our current political paralysis as a result of nostalgia for the cohesive and unified America which emerged from the Great Depression and WWII.
Partisans on both sides of the political wars, both conservatives and progressives, want a reversal of some portion of the great changes in American life which have defined the postwar years, perhaps because American society has now achieved such a “perilous mix of over-centralization and hyper-individualism.”
“Progressives treasure the social liberation, cultural diversification, and expressive individualism of our time, but lament the economic dislocation and the rise of inequality and fragmentation. … Conservatives celebrate the economic liberalization, dynamism and prosperity, but lament the social instability, moral disorder, cultural breakdown and weakening of fundamental institutions and traditions.”
Mr. Levin sees a possible way out of our current conundrum which need not involve the revolution which Mr. Piereson foresees.  Basically he argues for a modernized politics of “subsidiarity,” a movement towards decentralization in our public affairs.
Stay tuned for more details!

2 thoughts on “The Fractured Republic”