As I repeat over and over again, our two biggest national problems, in my opinion, are slow economic growth (only 2.1% annual increases in GDP for the past seven years) and massive public debt (now 74% of GDP, the highest it has been since right after WWII). 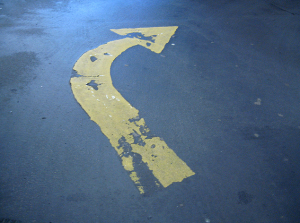 Are these problems being addressed by our political system?

My own opinion is that our huge and rapidly growing public debt (on which we pay interest) is unsustainable and will lead to another crisis much worse than the Great Recession of 2008-2009 unless it is curtailed. Without an adequate response in the meantime, the new crisis will occur when interest rates inevitably rise significantly and therefore lead to huge increases in interest payments on our larger and larger accumulated debt.
To avoid such a calamity we need to do a much better job of controlling federal spending.  It would also help to speed up economic growth in order to increase tax revenue.  Furthermore, faster growth would create more jobs and better paying jobs.  This would take much of the steam out of the appeal of populist candidates such as Bernie Sanders and Donald Trump.
I can’t foresee exactly how we will be forced to change course but it’s going to happen fairly soon.

2 thoughts on “How Will America Solve Its Biggest Problems?”