My last post pointed out that there appears to be an inverse correlation between tax rates and economic growth in developed countries.  In particular:

A new report from the Brookings Institute analyzes the factors which have contributed to relatively slow wage growth in the U.S. 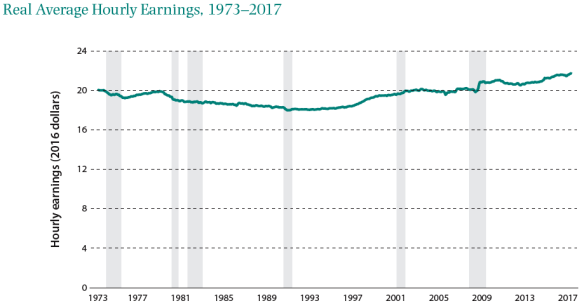 Conclusion. As everyone knows, slow wage growth is a highly contentious issue in the U.S. In addition to being a fundamental measure of a society’s wellbeing, it played a central role in the outcome of the 2016 Presidential election.
What can and should be done to speed up wage growth in the U.S.?  Stay tuned!