From a reader of my blog:
Jack is the voice almost in the wilderness trying to warn us that we are deficit spending and borrowing ourselves into being Greece or even, eventually, Venezuela. He is a principled politician, almost an oxymoron today. I could go out and max out my three credit cards, around $24,000, on a big lavish trip somewhere. But I know better, because my credit would be shot and I would go bankrupt and end up living like a pauper. Maxing out our credit is what we are doing as a nation and there are severe consequences for that kind of irresponsibility.

I am a candidate in the May 15 Nebraska Republican Primary for U.S. Senate because the incumbent, Deb Fischer, is ignoring our enormous and out-of-control national debt. In fact, she has voted twice recently to make it much worse than it already is.
The question I am often asked is: “I agree with you about the debt and deficit spending but how do I know that you’ll be any better than all the other people who go to Washington and end up joining the establishment instead of opposing it, once they get there?” 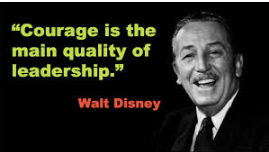 Here is my answer:

Conclusion. I am confident that I will do what I say but how do I persuade the voters that I have the courage of my convictions?

2 thoughts on “How Do I Persuade You that I Am Totally Serious about Fixing Our Debt?”