President Donald Trump is accused of many things: lying, willful ignorance, exaggerated feelings of self-importance, mean-spiritedness, childishness, using racially divisive language, white supremacy, etc.  He has such a domineering personality that it is easy to make these charges in a credible manner.

Policy-wise the situation is different.  He is doing some things quite well.  For example:

His biggest failing, in my opinion, is ignoring rapidly growing spending deficits which are adding so dramatically to our exploding national debt.  The problem is that: 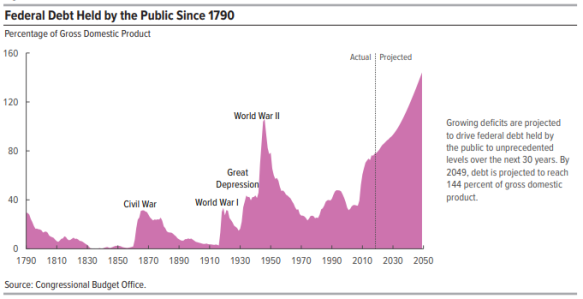 Summary.  President Trump has many critics who accuse him of various faults and deficiencies.  But his biggest failing, which will have the most negative effect on his legacy, is his unwillingness to address our country’s most severe long term problem: out-of-control deficit spending and rapidly accumulating debt.