This blog,It Does Not Add Up, addresses important fiscal and economic issues in the U.S.  It is remarkable that our unemployment rate, currently 3.5%, has been under 4% for going on two years.  This is the equivalent of a huge labor shortage which is very good news for our lowest-income workers who now have lots of new employment opportunities as well as big wage increases.

But here is another very interesting fact.  A new book, Fully Grown, by Dietrich Vollrath, makes a convincing argument that U.S. per capita GDP growth has actually slowed dramatically in the 21st century and for very positive reasons:

But this raises the obvious question:  how can we have both slower GDP growth and a labor shortage at the same time?  Here is at least a partial answer to this question: 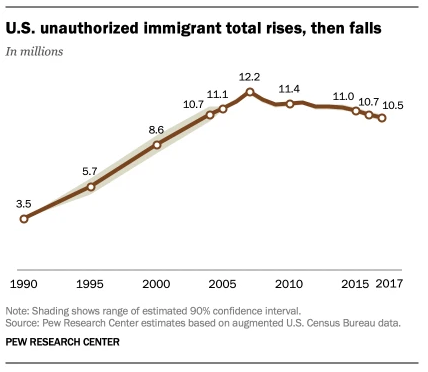 Conclusion.  Overall, we have an amazingly strong economy even though annual per-capita growth has slowed in the 21st century.  The U.S. is doing something amazingly right!

2 thoughts on “The Amazing U.S. Economy”