The New York Times had an excellent lead editorial on Sunday, “The Cost of Letting Young People Drift,” describing how 5.5 million young Americans, ages 16 – 24, are neither working nor in school.  “At a time when the economy is requiring workers to have higher levels of skills, one in seven of America’s young adults can’t even get started.” 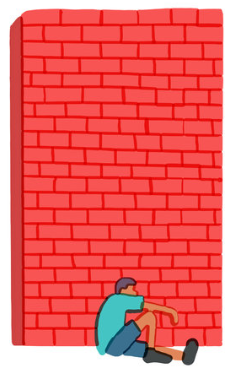 The NYT editorial is based on new research, “Zeroing In on Place and Race: youth disconnection in America’s cities” performed by Measure of America.  The report points out that the problem has gotten much worse since the Great Recession in 2008, as shown in the chart below. 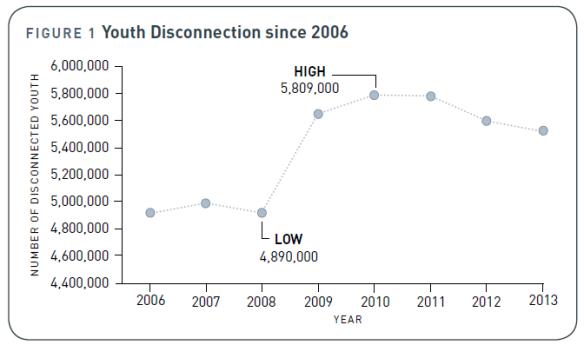 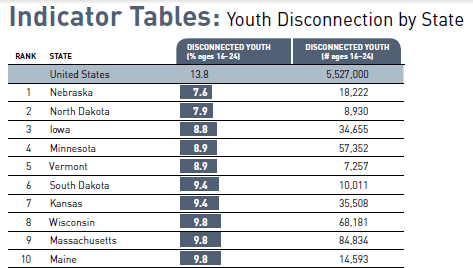 But also look at the latest “Unemployment Rates for States” published by the Bureau of Labor Statistics.  There is a very close connection between a state’s unemployment rate and its youth disconnection rate, as shown below. In other words, one of the best ways to keep young people connected is to give them a better chance of finding a job. 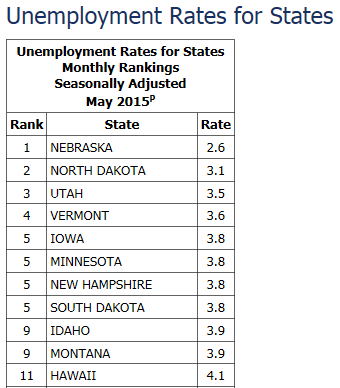 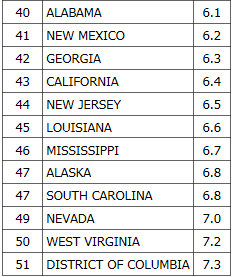 But it requires faster economic growth to provide more jobs.  Just yesterday the NYT had an editorial, “Obstacles to Economic Growth,” lamenting our very slow rate of economic growth of about 2.2% for the past six years.  According to the NYT, “What’s needed most is public and private investment in the economy sufficient to support strong growth and rising productivity.”  The editorial then goes on to berate Congress for being more interested in budget cuts than in new spending programs to stimulate the economy.  According to the NYT, “the pathway to prosperity is clear for leaders who will dare to take it.”
The NYT thus recognizes the need for more private investment to stimulate the economy but has no apparent interest in policy measures to encourage it.  How can a news organization as sophisticated as the NYT be so passionate about wanting to improve society and so clueless about the best way to do it?