I am a candidate in the May 15 Nebraska Republican Primary for the U.S. Senate because the incumbent, Deb Fischer, is ignoring our enormous and out-of-control national debt. In fact she recently voted twice to make it worse.
The new tax law, in spite of its good individual features, increases our debt by $1 trillion over the next ten years, even after new growth is taken into account.  The new budget agreement increases spending by hundreds of billions of dollars.  Fischer voted for both of these measures.

The Hoover Institution analyst, John Cogan, summarizes our dire fiscal situation in the above chart which compares three major categories of federal spending since 1950: defense, entitlements and all other.  Entitlement spending is steadily increasing.  The other two categories have stabilized at about 3.5% of GDP each.
The Manhattan Institute scholar, Brian Riedl, explains why this situation is so serious that it is already an emergency:

Conclusion. A severe form of fiscal cancer is gradually creeping over the body politic. We ignore it at our grave peril.

Most of my readers know that I am a candidate in the May 15 Nebraska Republican Primary for the U.S. Senate, against the incumbent Deb Fischer because she is ignoring our enormous and out-of-control national debt. In fact she has recently voted twice, for the new tax law and new budget, to increase our annual deficits by hundreds of billions of dollars per year.
The only way to “fix the debt” is to begin shrinking our annual deficits.  She is moving us in exactly the wrong direction that we need to go.
My last two posts, here  and here, explain why our debt is so scary: we risk losing our status as the world’s leading economic power and, furthermore, a new crisis could occur much sooner than many people expect.

Conclusion. The national Republican leadership has sold the American people a bill of goods. At a time when economic growth is already picking up speed, the Republican Congress has stepped on the gas to yield an additional short term stimulus at the great risk of long term harm.  This is highly irresponsible a endangers the Republican Party’s reputation for fiscal responsibility.

I have been a Republican for most of my adult life because I have usually considered the Republicans to be the party of fiscal responsibility. But is this still true? Consider:

I am a candidate in the Nebraska Republican Primary for U.S. Senate against the incumbent, Deb Fischer, because she is offering no resistance to this flagrantly rotten charade. Last fall, it would have taken only three Senators to stop the trillion dollar giveaway in the new tax law and not one single Republican Senator voted against it.

Conclusion. The Republican Party is now endangering its critical role in making sure that the federal government acts in a fiscally responsible manner. I shudder to think what will happen to our country without a major party offering fiscal restraint.

I am a candidate in the May 15 Nebraska Republican Primary for the U.S. Senate against the incumbent Deb Fischer because she is ignoring our enormous and out-of-control national debt.  In fact, she is doing much worse than just ignoring it; she is actively making it much worse.  For example:

Conclusion. The national debt now $20.5 trillion and growing rapidly, is by far our biggest long term problem. We badly need representatives in Congress who will stop ignoring this awful problem and start doing something about it.  That is why I am a candidate for the U.S. Senate.

“In the years of growth that certainly lie ahead, I have no doubt that America can both deliver riches to many and a decent life for all. We must not settle for less.”            Warren Buffett, Time Magazine, January 15, 2018

As the readers of this blog know well, the two main topics I discuss are: 1) our massive debt, now 77% of GDP (for the public part on which we pay interest), the highest it has been since WWII, and predicted by CBO to get much worse without major changes in current policy, and 2) slow economic growth, averaging just 2% of GDP annually ever since the end of the Great Recession in June 2009.  Naturally I am always interested to relate the views of others to my own. 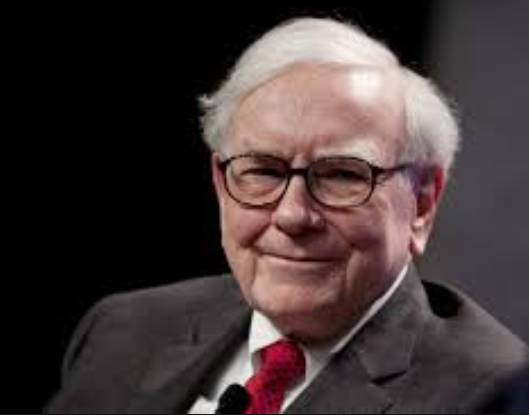 In the current issue of Time,  Mr. Buffett makes the simple argument that, with .8% growth in population each year (births minus deaths plus immigration), 2% GDP growth overall leads to 1.2% annual growth of GDP per capita.  This means that in just 25 years, or one generation, our current $59,000 GDP per capita will increase to $79,000 GDP per capita. This is very impressive.  The problem, of course, is that the average GDP per capita is not evenly distributed.
Here are the two most common political reactions:

Conclusion. I greatly admire Warren Buffett. He is right about many things.  But I think we can do better than 2% annual growth.

The Republicans in Washington are exuberant because passing the new tax law means that they finally have gotten something done. And the new law will have at least one highly beneficial effect:

But at the same time the new law has two huge deficiencies which make it a net minus on the whole:

Conclusion. Fiscal restraint in Congress is now more urgently needed than ever, and it is going to be even harder to accomplish than before the new tax law was passed. I am an eternal optimist but it sure would be easy to get discouraged!

As I get organized to enter the 2018 Nebraska Republican Primary for U.S. Senate, I want to make it clear why I would challenge the apparently popular incumbent Senator Deb Fischer who is running for reelection. The reason is very simple and clear cut.  The new tax law which she voted for will raise our national debt by $1 trillion over the next ten years and likely overheat our already vigorously growing economy in the process.  In other words:

But is it possible to control healthcare costs within the framework of a free market? I think it is and here is one way to do it:

Conclusion. The point here is not to try to insist on one particular way of controlling the cost of healthcare but to demonstrate that it can be done within a relatively free market framework.

The tax bill was signed by President Trump on Friday and is now law. In spite of many good individual features, including the reduction of the corporate tax rate from 35% to 21%, it has the overall negative effect of adding $1 trillion to the national debt over the next decade, and this is after allowing for new growth.
Every Republican Senator voted for this new law.  That means every single one of them is responsible for increasing our debt by $1 trillion.  This includes Nebraska Senator Deb Fischer, who is up for reelection in 2018.  She needs to be chastised for voting for this atrocious law.
I am seriously thinking of entering the Republican Primary against her, if there is sufficient support for my candidacy.  Here is a summary of my views on the most important issues.  Roughly in order of importance:

Conclusion.  Senator Deb Fischer is simply unwilling to make the tough decisions necessary to shrink annual deficits and thereby control our burgeoning debt.  I would be a sensible replacement for her.  Will you support me if I run?  Let me know at jackheidel@yahoo.com.

The final Republican tax bill has now been passed by both the House and the Senate and awaits the President’s signature which is expected soon. It dramatically lowers the federal corporate tax rate from 35% to 21%.  This is highly beneficial as it will provide a big incentive for U.S. multinational companies to bring their foreign profits back home for spending and reinvestment. 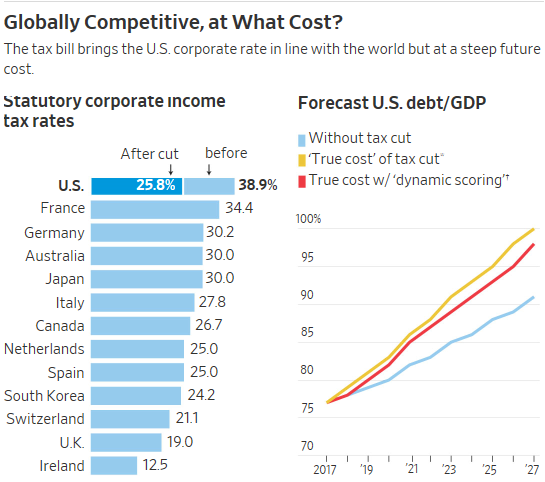 The huge problem, of course, is that the tax rate cuts are not paid for by other offsets and will add $1 trillion over ten years to our already exploding national debt. In fact, we are likely to see trillion dollar deficits again as soon as FY 2019. 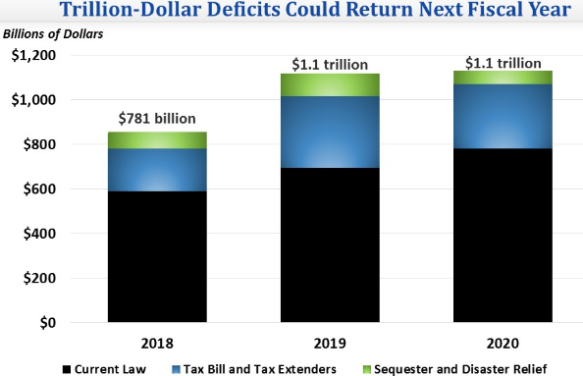 Here is a cogent analysis of the bill’s weaknesses by the Wall Street Journal’s Greg Ip:

Conclusion. Corporate tax rate reform, as desirable as it is, as been badly handled by the Republicans. The new tax law not only makes the debt much worse by itself but poisons the atmosphere for actually figuring out a way to effectively address entitlement reform, the key to getting debt under control.

The Republican tax bill has now come out of conference and will soon be voted on by both the House and the Senate. It is expected to easily pass both chambers and be signed by the President. As I have discussed extensively on this blog, I have no argument with the individual features of this bill.  They will definitely increase economic growth which is highly desirable.
The problem is that the tax bill will also add $1 trillion to the debt over ten years (as scored by the JCT).  It is simply outrageous for the GOP to consciously add $1 trillion to our already $15 trillion debt (the public part on which we pay interest), which at 77% and climbing, is the highest it has been since right after WWII.

But the damage will be even worse than this.  The trillion dollar artificial stimulus is likely to overheat an already briskly growing economy.  As the Economist reports in its latest issue:

Conclusion. Adding $1 trillion to the debt on top of the existing debt is a terrible idea. Such artificial stimulus at a time when GDP growth is already picking up will drive up interest rates all the faster and greatly speed up the day of reckoning for extreme fiscal irresponsibility.

It Does Not Add Up
Blog at WordPress.com.
Loading Comments...