It is generally agreed that Donald Trump’s great success as a presidential candidate is his strong appeal to working class white voters, often described as white voters without a college degree. It is also widely agreed that Mr. Trump is unsuited to be president, based on his unstable temperament as well as a poor understanding of many basic issues. 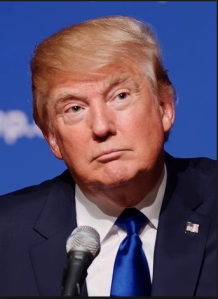 As I have described in a previous post, the quality of life for working class white men has been declining for many years. Nevertheless it has gotten even worse since the Great Recession of 2007-2009 and our slow recovery from it.
Steven Rattner, in yesterday’s New York Times, blames the Republican Congress for the rise of Mr. Trump because of Republican opposition to President Obama’s economic agenda as follows:

These aren’t necessarily bad ideas. In fact I think wage insurance is an excellent idea, as long as it is paid for and does not add to deficit spending.  The problem is that these measures do not generally address the basic problem of slow economic growth, averaging just 2.1% of GDP since the end of the recession in June 2009.  Only by speeding up economic growth, with fundamental tax reform, both individual and corporate, can our economy support both the new jobs and higher paying jobs that will create broad-based prosperity in the United States.
It is both detrimental and inaccurate for supporters of President Obama to blame political opposition for the plight of working class Americans.