I am just as personally embarrassed by President Donald Trump as most other people I know. He is rude towards other world leaders and especially our own allies.  His destructive behavior endangers even his own policy initiatives.  He was elected by blue-collar workers who feel left behind in today’s global economy.  But how can he possibly lead others in implementing policies to help even his most avid supporters? 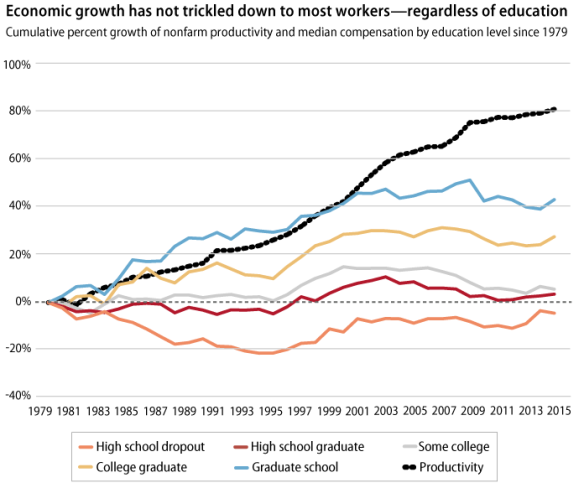 What is the Democratic Party doing about this?  First of all, they are trying to stop acting so elitist toward the working class.  But more fundamentally a new progressive social agenda apparently is emerging, here and here.  It has many attractive features but there is one big thing missing, namely fiscal responsibility:

Conclusion. Who is opposed to creating millions of new living wage jobs to put the unemployed and underemployed back to work? Such a program would give our economy a huge boost.  Who is opposed to cutting child poverty in half (or doing even better)?  But how in the world would we make room for such new programs in the federal budget?  With $500 billion annual deficit spending already, we need to curtail federal spending, not increase it.

2 thoughts on “An Emerging Democratic Agenda”