The Affordable Care Act, established in 2010, greatly expanded access to healthcare in the U.S. However, in spite of its name, it has done nothing to control the rapidly increasing cost of healthcare which is the core of our debt problem. 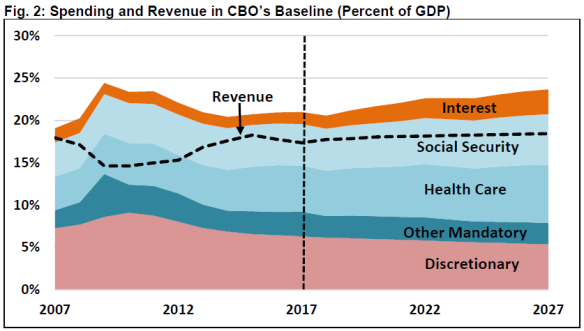 The new Senate plan, struggling to gain enough support to pass, puts Medicaid on a budget but doesn’t even attempt to address wider aspects of the healthcare cost problem.
A wider approach is the best way to proceed and perhaps now it is the only way to succeed in getting something done. Mr. Peter Suderman, who writes for Reason magazine, proposes several principles for a new approach:

Conclusion. The cost of American healthcare is a huge problem. Hopefully the Senate will begin to address this fundamental problem as it struggles to pass a healthcare reform bill.