Yesterday was Martin Luther King Day and every year at this time we are reminded of his eloquent letter from the Birmingham Jail, “Why we cannot wait,” written to some of his hesitant supporters in the Spring of 1963.
African-Americans were tired of waiting so long for equal rights in their own country.  On my own personal scale, I am so frustrated by the inability of our political system to address our massive debt problem, that I am getting organized to enter the 2018 Nebraska Republican Senate Primary against the incumbent Deb Fischer who has just voted (with the new tax law) to increase our debt by $1 trillion over the next decade.
Basically I am saying that our debt is so large and growing so fast that it will soon be out of control if we don’t take action to start reducing it very soon. 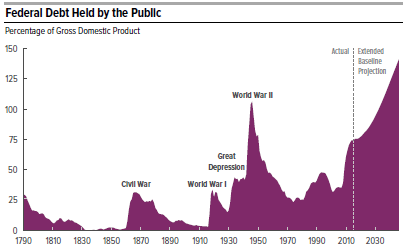 Conclusion. Our national debt is so large and growing so fast that it is virtually out of control. We need prompt and fairly strong action to turn the situation around.  I have often discussed one major way to do this.

4 thoughts on “Why We Cannot Wait to Fix the Debt”