“If, when the chips are down, the world’s most powerful nation, the United States of America, acts like a pitiful, helpless giant, the forces of totalitarianism and anarchy will threaten free nations and free institutions throughout the world”
President Richard Nixon, 1970

The United States has just been routed by the Taliban in Afghanistan and President Joe Biden is clearly on the defensive.  He has vowed to evacuate all Americans and helpers but they are scattered all over the country.  Will he follow through on this promise? 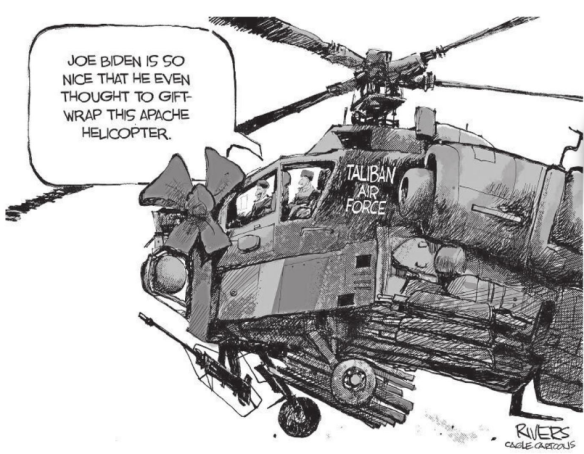 Equally important in the long run, what is the significance of the loss of Afghanistan to the U.S.?  Consider:

Conclusion.  A quick retreat from Afghanistan twenty years ago, after destroying Al –Qaida, or even a well-executed withdrawal more recently, would have addressed the strong desire for no more “forever wars.”   As actually happened, Biden’s disastrous handling of this crucial problem serves only to humiliate the United States.  The Biden Presidency will never recover and it will take many years for the U.S. to regain its lost prestige.

4 thoughts on “The Significance of Afghanistan to the United States”