My last post reported on a new book by James Bessen, “Learning by Doing: the real connection between innovation, wages and wealth.”  It makes several recommendations for how the U.S. can better meet the challenges posed by the hollowing out of the middle class, as illustrated in the chart just below from the Dallas Federal Reserve. 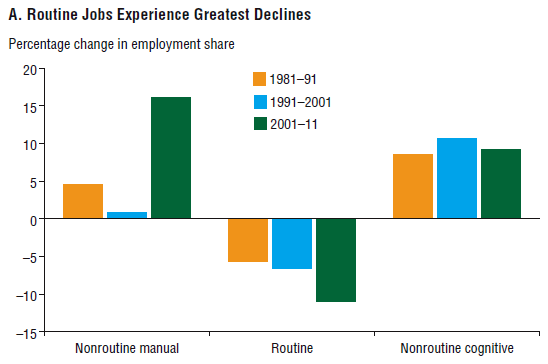 Mr. Bessen blames one primary culprit for this problem: the growing role of money in politics.  For example:

Mr. Bessen makes a very strong case for the harmful effects of lobbyists and their money in retarding economic growth.  But how can we possibly curtail the influence of lobbyists without limiting their freedom of speech?  Stay tuned for the next post!