There is today in the U.S. much concern about income inequality and I have devoted many posts to this topic recently such as “Are economics and Social Progress Related to Each Other?”, “How to Expand Economic Mobility”, and “Richer and Poorer.” 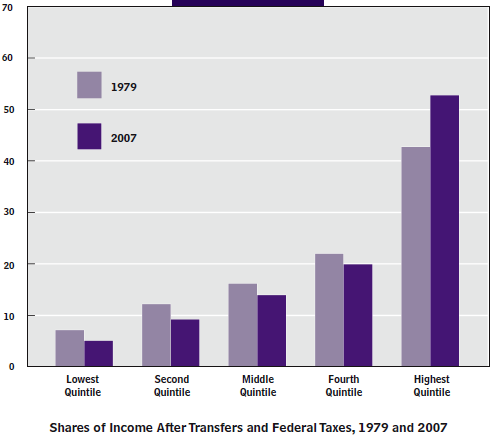 The above CBO chart shows that income inequality has not changed much in the last 30 years once government transfers and federal taxes are taken into account. Along the same line, the Manhattan Institute’s Oren Cass makes a strong case in, “The Inequality Cycle,” that Americans should be paying at least as much attention to the social aspects of inequality as to the economic aspects.
For example:

Mr. Cass suggests that public policy should focus on these social problems at least as much as on income inequality. For example:

Conclusion: Being poorly raised does more to cut off opportunity than being raised poor.