Tomorrow the United Nations climate conference opens in Paris.  According to Peter Thiel, the venture capitalist, “We can talk about a carbon-free world, or we can create one.” Continues Mr. Thiel, “The single most important action we can take is thawing a nuclear energy policy that keeps our technology frozen in time.” 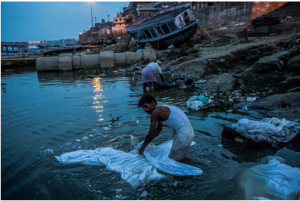 I hear many people say that the U.S. needs to provide leadership in getting the world to stop using fossil fuels.  A carbon tax would provide an economic incentive to either move away from fossil fuels or clean them up.  But even a revenue neutral carbon tax would face strong political resistance. Climate change activists should consider supporting nuclear energy development as perhaps the most viable alternative to fossil fuels.