The United Nations climate conference has just opened in Paris.  The pledges that countries are making fall way short of what many say is needed to solve the problem of climate change.  The Deep Decarbonization Pathways Project based in Paris and New York describes what will be needed to get the job done: 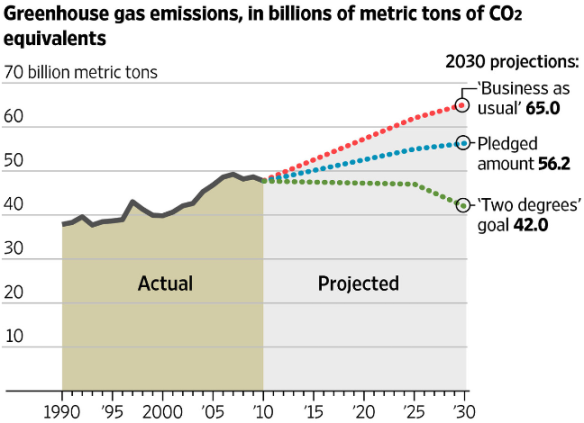 The point is that the DDPP, designed to hold a global temperature increase to just 2 degrees C from preindustrial times, is extremely demanding.  It will require massive governmental interference in the energy economies of both developed and developing countries all over the world.    A far, far better approach is for leading world economies such as the U.S., Western Europe, China and Japan to provide leadership by implementing a tax on carbon emissions and thereby create an economic incentive for the fossil fuel industry to decarbonize itself.

2 thoughts on “A Path for Climate Change beyond Paris”