I have pointed out in a recent post that, not only is the U.S. the world’s most competitive large economy, but also that our per-capita GDP is growing faster than for our nearest rivals.
A particularly vivid example of this dynamism is ecommerce where both the adjusted (gains minus losses) size of the workforce and the average wage are increasing rapidly.
We also know that incomes in the U.S. are rising faster at the high end rather than further down (see chart below).  What to do about this has become a major political issue. 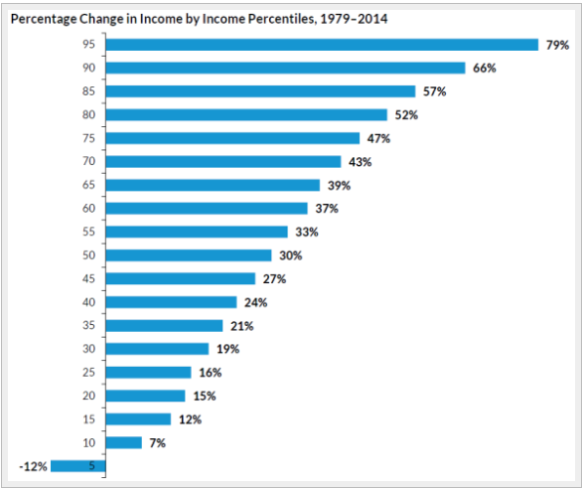 Here are my ideas (in rough order of importance):

Conclusion.   In a free society like the U.S., providing self-help opportunities for advancement is the natural and preferred way of lifting up people who need assistance. The U.S. does a okay job in this respect but there is plenty of room for improvement.

9 thoughts on “Income Inequality in a Dynamic Economy”