The economy has been chugging along at about 2% annual GDP growth ever since the end of the Great Recession in June 2009. Unemployment has been steadily dropping and is now a fairly low 4.4%.  Low wage earners are now even beginning to see bigger gains in pay.
Most people would like to speed up economic growth even more.  Tax reform will help in this regard but so will sensible deregulation.  Barron’s has an excellent article this week about deregulating Wall Street by William D. Cohan. 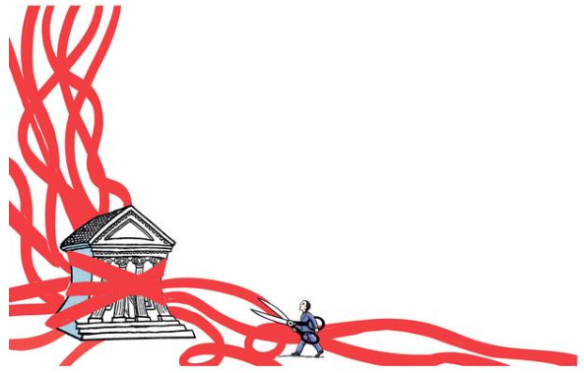 According to Mr. Cohan:

Conclusion. Mr. Cohan’s program would not only give a big boost to the economy by enabling community banks to lend more freely but would also make our financial system safer by requiring top financiers to have skin in the game.