The publication of two new books is causing a reevaluation of the financial rescue and its aftermath, e.g. “The Case Against the Bernanke-Obama Financial Rescue”.  The two books are “Stress Test” by Timothy Geithner, former Treasury Secretary, and “House of Debt” by the economists Atif Mian and Amir Sufi. 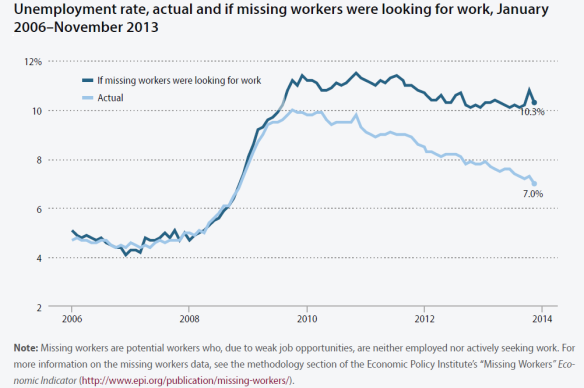 Mr. Mian and Mr. Sufi maintain that the government’s response to the financial crisis should have focused less on saving the banking system and more on the problem of excessive household debt.  They discovered in their research that, during the housing bubble, less affluent people were spending as much as 25 – 30 cents for every dollar of increase in housing equity.  When the bubble burst, and housing prices started to fall, these borrowers cut way back on spending which caused many businesses to lay off employees.  The authors propose setting up a government program to help borrowers decrease what they owe in underwater mortgages.
Five years after the end of the Great Recession it would still be very helpful to speed up our lagging economy.  Here are three different possible ways to do this:

The point is that there very definitely are ways to boost the economy, some better than others, and it should be a top priority of Congress and the President to get this done.