There are many foreign policy issues facing the U.S. at the present time:

The world is more stable when there is a single dominant power such as the U.S..  If the U.S. retreats from this role, it is inevitable that regional powers such as Russia, China and Iran will assert themselves to take up the slack.  We don’t need to act as the world’s policeman every time a problem flares up around the world.  But democracies are  better actors on the world stage than are autocracies.  Therefore the whole world benefits when the U.S. projects power and interest. 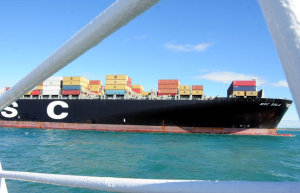 A column in today’s Wall Street Journal by Michele Flournoy and Richard Fontaine makes a very important point, namely that “Economic Growth Is a National Security Issue.” In other words, the stronger is our economy, the more influence and respect we will enjoy in our relations with other countries.  Especially they recommend emphasizing: