So declares Jim Jenkins, an independent candidate for the U.S. Senate from Callaway in western Nebraska. Several weeks ago I endorsed Jim based on his common-sense centrist views on many important issues such as fixing the debt, tax reform, Obamacare, and immigration reform.  Check out his campaign website for the details.

Now Jim has come out with additional common-sense reform ideas:

Nebraska doesn’t belong to a political party; Nebraska belongs to our people. Unless you can develop a framework in Congress by which you actually debate, discuss and negotiate, we’re not going to be able to move forward. Here’s my 5-point, bipartisan reform agenda to end gridlock in Washington.

We need leaders in Washington who will work together to find common-sense solutions to our very challenging national problems. Jim Jenkins is such a person and I hope you will consider voting for him on November 4!

I have been writing this blog for almost two years because of my great concern about the direction our country is headed on fundamental fiscal and economic issues. Federal spending has been out of control for over thirty years and the situation is getting progressively worse.  Our national debt is over $17 trillion and growing at a rate of $500 billion per year.  And it will soon be growing much faster than this if we don’t make big changes.  Economic growth has been stuck at the anemic rate of 2.2% of GDP ever since the end of the Great Recession over five years ago.
Our national leaders are simply not doing the job they were elected for.  Democrats blame the Republicans and Republicans blame the Democrats but excuses are not good enough.  We need people in Washington who can figure out how to navigate within the system and actually find solutions to our very serious problems. 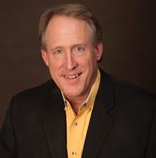 I believe that Jim Jenkins, a registered independent from Callaway, is the best qualified candidate to do what needs to be done.  Check out his website, Jenkins for Senate, and decide for yourself.  Here are a few of his views on important issues:

Compare these common sense views with the far more ideological positions of the other candidates in this race. I think that you will agree with me that Jim Jenkins is the person we want representing us in Washington!