My last two posts have been devoted to discussing the prospects for a true free-market healthcare system in the U.S.  Let’s bring this discussion down to earth with two specific examples. 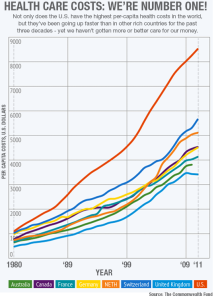 In Omaha NE, where I live, there are three major hospital systems and one of them, Catholic Health Initiatives, is 30% more expensive than the other two.  The major insurer, Blue Cross Blue Shield, has reacted by canceling its contract with CHI, making it out-of-network for Blue Cross policy holders.
As reported in today’s Omaha World Herald, “Non-CHI health clinics, hospitals handling influx,” the Nebraska Medical Center and Methodist Hospital System are seeing a large influx of Blue Cross insured patients.  This is exactly what has been expected to happen and will eventually put pressure on CHI to lower its prices in line with the other two hospital systems.
The second example, “Unable to Meet the Deductible or the Doctor” is the title of an article in yesterday’s New York Times.  The article reports that 7.3 million Americans are now enrolled in insurance coverage through the Affordable Care Act.  However the average deductible for a bronze plan on the exchange – the least expensive coverage – is $5,081 for an individual.  This compares to the average deductible of $1,217 for individual coverage in employer-sponsored plans.
Not surprisingly, relatively low-income people obtaining subsidized coverage through an exchange are likely to want a low cost policy.  But with a high deductible they will then be hard-pressed to have to pay the full price of routine care out of there possibly meager budgets.  This is going to be a larger and larger problem as more and more people obtain coverage through the exchanges.
Since all of an individual’s medical bills should go through the insurer for processing, insurance companies are in a position to, and should be expected to, help control costs by bargaining with providers to make sure that prices are not excessive.
Conclusion: here are two examples of price competition in today’s healthcare market place.  This is the reality that more and more Americans are going to have to learn to live with.  It is the only way that our excessive healthcare costs can be brought under control.

As I reported in my last post healthcare costs in the U.S. are expected to start climbing rapidly in next few years as the economy continues to recover and insurance coverage expands.
The Manhattan Institute’s Avik Roy has proposed a comprehensive new plan, ”Transforming Obamacare” to achieve, at the same time, both near-universal coverage and stringent cost control for healthcare.  Mr. Roy emphasizes the need to regulate hospital system consolidation which is especially responsible for driving up the cost of healthcare. 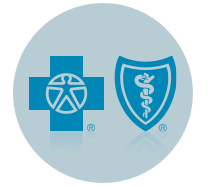 In Omaha NE, where I live, there are three hospital systems: Catholic Health Initiatives, the Nebraska Medical Center and the Methodist Hospital System.  According to the insurance company, Blue Cross Blue Shield Nebraska (OWH 9/6/14), “CHI prices are 10 to 30 percent higher than for the Nebraska Medical Center and Methodist Hospital System.”  BCBS insists that CHI cut its prices.  As of September 1, CHI hospitals are out of network for BCBS and so patients who are insured by BCBS have to pay higher hospital rates.
“We are ready and willing to meet with them when they propose an agreement that gets serious about the cost issue,” said Lee Handke, a senior vice-president for Blue Cross Blue Shield.
Reports the OWH  “Blue Cross’ biggest customers are the region’s employers, whose 560,000 workers and family members supply 80% of Blue Cross’ revenue each year.  A big share of these people are CHI customers, too. … Blue Cross has told us (an insurance benefits broker) they understand that they might lose some business over this deal, but they feel that the point they have to make on the cost disparity is more important.”
For one hospital system to charge 30% more than two others for the same services is totally unacceptable.  It means that customers for the other two systems are paying higher insurance costs in order to subsidize the system with the higher prices.
In the Omaha market, Blue Cross has the clout and the will to force CHI to lower its prices.  But many other communities may not be as fortunate.