I have now been writing this blog for four years, beginning right after the presidential election of 2012. I was a candidate in the May 2012 Republican Primary for the 2nd Congressional District of Nebraska.  I campaigned on the platform to “eliminate the deficit.”  I lost to the incumbent Lee Terry who was in turn replaced in office by the Democrat Brad Ashford in 2014.

The overriding theme of my blog is “how to restore fiscal responsibility to our national government.”   I discuss two fundamental and related issues:

How should these problems be addressed?  In briefest outline:

Conclusion. Much more can be done but this would be a very good start.

It has been widely reported that medium household incomes were up 5.2% to $56,500 in 2015.  Furthermore the lower income quintiles have gained the most.  This is very good news.

The second chart shows the annual rate of real (i.e. inflation adjusted) GDP growth, by expansion period, all the way back to 1949.  What is most striking is that growth has been steadily decreasing over this entire time period and is now down to an average rate of just 2% during the current recovery. There is really only one way to reverse this steep decline.  It is to return to proven fundamentals as well explained by the economist, John Cochrane.  In summary:

In my last post I discussed the differing views of the U.S. economy held by Federal Reserve Chair Janet Yellen and her rival for the post, Larry Summers:

There is another point-of-view, perhaps best expressed by the Hoover Institution’s John Cochrane in a recent Wall Street Journal Op Ed.  Let me try to summarize Mr. Cochrane’s argument:

Can our political system deliver the changes that are needed? The rise of Donald Trump and Bernie Sanders show that the people want big changes and are willing to disrupt the status quo to achieve them.  This means change is possible but it won’t come easily.

One of the biggest problems facing the U.S. today is the slow growth of our economy, averaging just 2.1% per year since the end of the Great Recession seven years ago, well below the 3.5% average from 1950 – 2000.

My last post introduced an excellent Wall Street Journal Op Ed by the Hoover Institution economist John Cochrane.  He says that “the U.S. economy needs a dramatic legal and regulatory simplification.”  In particular:

After two disappointing presidencies our economy is lagging far behind where it could and should be. This is the reason for the rise of Bernie Sanders and Donald Trump.  Regardless of the outcome of the 2016 presidential election, there is hope for better days ahead!

My last three posts, here, here, and here address America’s slow economic growth for the past 15 years and why it is such a serious problem.  Today I begin to discuss how we can turn this around.
In today’s Wall Street Journal, the economist John Cochrane has a very informative Op Ed, “Ending America’s Slow-Growth Tailspin” which describes a clear path to speed up economic growth.  Says Mr. Cochrane:

In my next post I will delineate specifically how to streamline our oversized regulatory state. In the meantime, take a look at Mr. Cochrane’s article in today’s WSJ.

In my last post, “What the Republican presidential candidates should be saying,”  I summarized the argument by the economist, John Cochrane, that “sclerotic growth is the economic issue of our time.” Mr Cochrane shows dramatically that even small differences in the growth rate over time can make a huge difference in raising living standards. 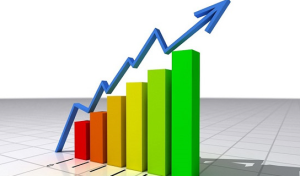 He goes on to say that

How to speed up economic growth ought to be one of the basic issues in the presidential election campaign. Here are some good ways to do this.

Thanks largely to Donald Trump the Republican presidential candidates are not taking the best approach to winning the White House in November. Instead of arguing with each other about who is the toughest on immigration or who is the most anti-establishment, they should be focusing on one issue where Republicans could have a big advantage: how to speed up our slow economic growth. 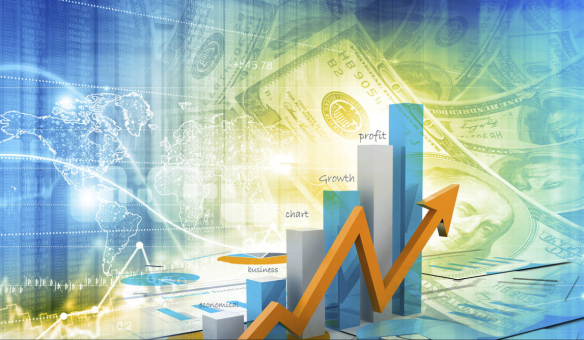 The Stanford economist, John Cochrane, makes very clear the value of doing this on his blog, The Grumpy Economist.  Says Mr. Cochrane:

Says Mr. Cochrane, “Next to this increase in the standard of living, nothing the candidates are talking about – monetary policy, Fed, fiscal stimulus, minimum wage hikes, pay equity, and so on, even comes close to what growth can bring ordinary Americans.” The important question then is how to speed up economic growth.  Even though there are strong headwinds slowing down our modern economy, Mr. Cochrane has many excellent ideas on measures which can be taken to accomplish this.  This will be the subject of my next post.

My last post, “Why Is American Healthcare So Expensive?” suggests that we don’t have enough “skin in the game” because most costs are paid for by third party insurance companies.  One way to alleviate this problem is to subsidize insurance coverage only for catastrophic care with a high deductible and to encourage health savings accounts to pay for routine healthcare expenses. 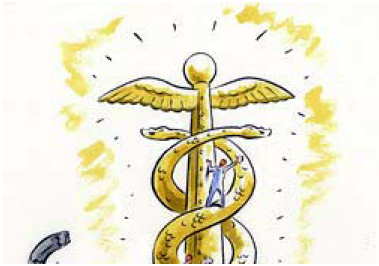 But the University of Chicago’s John Cochrane points out in “After the ACA: Freeing the market for health care” that getting to a true free market in healthcare “will be a long hard road” because “both supply and demand must be freed.”

What are the objections to establishing a free market system?

Conclusion.  There are only two ways to get health care spending under control.  A single payer system with rigid regulations and severe rationing or else a deregulated free market system where individuals have primary responsibility for their own care.  Americans are likely to prefer the second option if given a clear choice.