Donald Trump assumes office with perhaps the lowest favorability ratings of any modern president. According to the New York Times,

I interpret this to mean that the country is largely turned off by Mr. Trump’s crude speech and sleazy behavior, while still liking his economic program.  On the other hand, voters like Mr. Obama personally while disapproving of many of his policies and accomplishments.

All of this leaves Mr. Trump in an amazingly good political position:

Conclusion. The prospects are indeed propitious for Donald Trump to become a transformational president.

According to the historian John Steele Gordon, “Trump May Herald a New Political Order,” there have been just four transformational presidencies so far in U.S. history:

Ronald Reagan in 1980, constrained by a solidly Democratic House, was less transformational than the four presidents above, even though he ushered in the era of Great Moderation which lasted until the Great Recession hit in 2007-2008.
Barack Obama in 2008 took office with strong Democratic majorities.  However the last eight years have proved a disaster for the Democratic Party.  They lost the House in 2010, the Senate in 2014, and Republicans now control most governorships and state legislatures as well.
Now consider Donald Trump’s strong political position as he takes office:

Conclusion. Mr. Trump has excellent prospects for achieving faster economic growth and therefore rising incomes for the blue-collar workers who provided his victory margin. If he can also improve life in the inner cities, as he has promised to do, he and the Republican Party will be unbeatable for many years to come.

The U.S. spends 18% of GDP (and rising) on healthcare, public and private, almost twice as much as any other developed country. The Affordable Care Act, passed by Congress and signed by President Obama in 2010, increases access to healthcare in the U.S. but does nothing to control its cost. 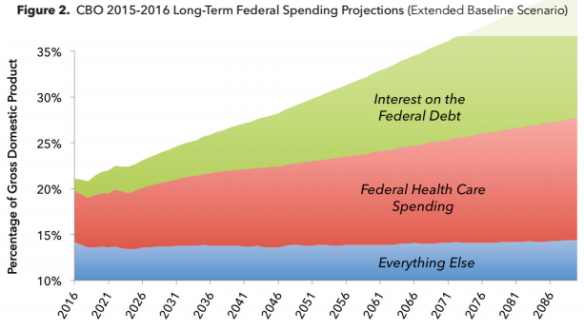 President-elect Donald Trump and the Republican Congress want to repeal the ACA and replace it with a more effective and less expensive alternative. An excellent plan for doing this, “Transcending Obamacare” has been proposed by Avik Roy, the President of the Foundation for Research and Opportunity.  Mr. Roy’s Universal (and refundable) Tax Credit Plan will:

Here are the main elements of the Universal Tax Credit Plan:

Conclusion. The Universal Tax Credit Plan is a big improvement over the ACA because it expands access, improves quality and dramatically lowers costs for both individuals and the country as a whole. Check it out!

As President Obama prepares to leave office many observers are weighing in on his accomplishments, as I have already done myself, see here and here. 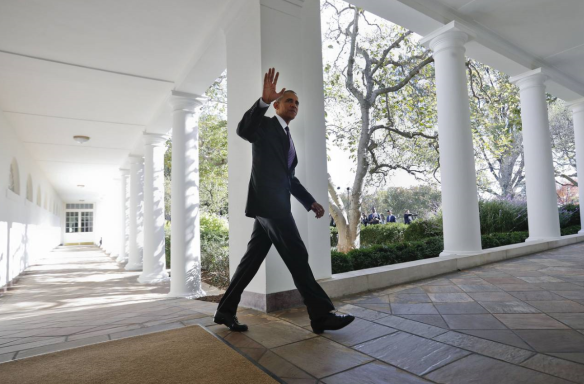 Conclusion. As the first African-American President, Barack Obama is certainly a historical figure. But “a presidency of great promise is now ending in rancor and disappointment.”

A year ago, I examined “The Obama Legacy” from a general point of view. I simply looked at his record after seven years in office:

Now, a year later, as he prepares to leave office, all of the above conditions are still true. The only major change is that the conservative, not the liberal, populist, Donald Trump, will succeed him in office.  Admittedly, the election outcome was a fluke.  Trump’s electoral margin was provided by a slim popular vote victory of 100,000 votes combined in the battleground states of Michigan, Pennsylvania and Wisconsin.  Such an outcome was totally unpredicted and represents a miscalculation by the Clinton campaign.
In other words, the election easily could have gone the other way, in which case the Obama legacy would have had a four year period of protection by a Hillary Clinton presidency. Nevertheless, according to the Democratic pollster, Stanley Greenberg, the Obama presidency was deficient in several fundamentally crucial ways:

Conclusion. The fate of Mr. Obama’s major achievements of the Affordable Care Act, the Iran nuclear agreement and committing the nation to address climate change are all now at risk of being overturned by the new presidential administration.

As I have previously stated, I voted for Hillary Clinton because Donald Trump is so crude and sleazy even though our country will now greatly benefit from the change which Mr. Trump represents.  This is the way the political process often works.

Consider that after eight years of George Bush we had:

Under such political circumstances, the 2008 election of the Democratic nominee, Barack Obama, over the Republican nominee, John McCain, was almost inevitable. But then in the next eight years we have experienced:

Conclusion. Democrats like to say that slow economic growth is “the new normal” which can only be overturned with budget busting new fiscal stimulus. This is a pessimistic point of view which refuses to consider other alternatives.  This is what led to Ms. Clinton’s defeat on November 8.

The readers of this blog know that I focus on what I consider to be the two biggest problems affecting our economy: 1) slow growth averaging just 2% per year since the end of the Great Recession and 2) our massive debt now equal to 75% of GDP (for the public part on which we pay interest) and predicted to keep growing steadily under current policy.
I have also made it clear that I am not pleased with the economic policies of either of the two main candidates for president, Hillary Clinton or Donald Trump.  Whichever one of them is elected, our best hope for the future is that she or he will have to work with the Republican House of Representatives which has an excellent plan, “A Better Way,”  for renewal.

But, of course, the next president will take up where Barack Obama has left off.  The current issue of the Economist has an essay, “The Way Ahead,” in which Mr. Obama identifies several challenges:

Conclusion. Let’s give Mr. Obama credit for avoiding another depression after the Financial Crisis. But his poor policies are to blame for the very slow rate of recovery ever since.

Error: Twitter did not respond. Please wait a few minutes and refresh this page.